This product is from the basic box Dark Imperium, the best box of miniature to start Warhammer 40k, most certainly the best value for money for Space Marine Primaris figurines and the figures of the Death Guard. These figurines before being separated in this form were included among 53 detailed Citadel figurines, Warhammer's 40,000 full hardcover booklet, two additional flexible booklets containing the rules and history of the figurines supplied, and all the accessories to start playing as soon as possible.

Now available for purchase by the unit, take the opportunity to chat the figurine that interests you!

Enhance your miniatures with BitzStore Bitz and Warhammer 40k miniatures. All bits and figures are exclusively from new boxes.

Powerful warriors and intrepid protectors, equipped with the best weapons and armor the Imperium has, Space Marines are all heroes without exception. The result of ten thousand years of work by Archmagos Dominus Belisarius Cawl, the Space Marines Primaris were created from fragments of the Emperor's original experiments - they are immensely powerful fighters, even more impressive in stature than their predecessors, designed by Roboute Guilliman himself.

Warning: All components are sold unpainted and unassembled, the proposed components being small and sharp, it is not advisable to offer them as games to children under 12 years. 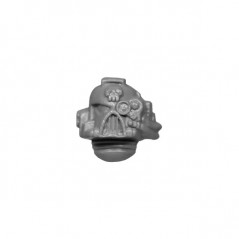